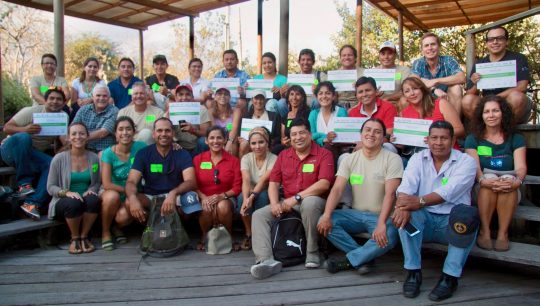 The ambassadors and guardians of our enchanted islands.

Our goal is the achieve the absolute protection of our islands and Marine Reserve. 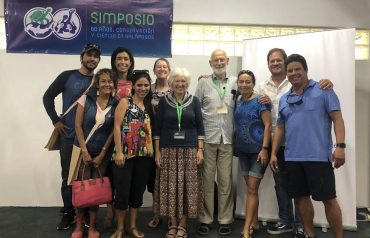 Sustainable practices in the Galapagos 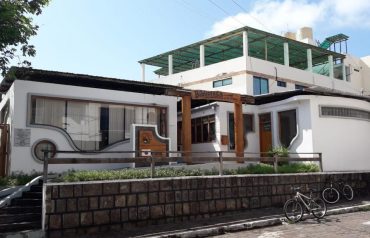 Our Project: The Galapagos Library 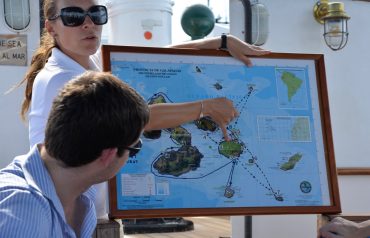 Education of the Galapagos populations

How do we hope to achieve the protection of our Islands and Marine Reserve?

Responsible and thematic interpretation for the islands.

Every naturalist guide is an ambassador for the Galapagos islands.

Our members and the community have the legacy of guarding the islands.

Help us with our projects. Make a donation. 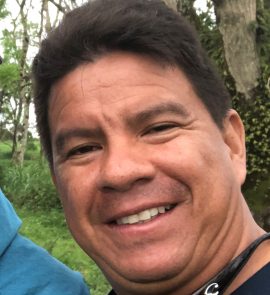 Santiago Moran is the President of AGIPA. For the past 20 years, yeas been a licensed Galapagos Naturalist and Dive Guide. He has guided hundreds  of dive trips and land expeditions throughout the Archipelago.  In addition he is a local community leader in Puerto Ayora Santa Cruz, devoting his free time and resources as the Neighborhood president of Arryanes.  He has spent the past four years collaborating and volunteering with local government agencies to improve the park spaces in the barrio Arrayanes.  Currently he has been devoting his free time to the renovation and fundraising for the Library for Galapagos and the World. His personal goal is to educate and provide the resources necessary  to improve and protect the public community spaces for the future generations and to sustain the livelihood of Galapagos.  Santiago lives with his family in Puerto Ayora, Santa Cruz, Galapagos. 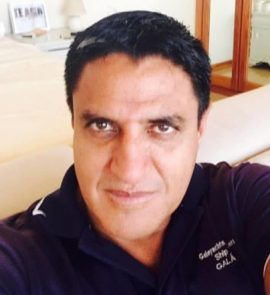 Antonio Moreano, obtained his Naturalist guide license in 1993 in the same year he obtained his Dive Master license, in 1999 he took the PADI instructor course on board the CUAN LAW trimaran in the British Virgin Islands. In 2000 he atended the first dive naturalist guides course for the Galapagos Marine Reserve. Antonio has led hundreds of diving expeditions in Galapagos, Isla del Coco, Coiba and surroundings and has extensive knowledge of the marine and terrestrial life of these Islands. After working with scientific expeditions, filming and special trips, Antonio founded SEA MASTERS which is a company that specializes in designing expeditions to visit all the Estern Tropical Pacific islands on board private yachts or scientific vessels with the use of submarines, ROVs, helicopters and other special activities. which include special agreements with the countries that make the Marine Corridor. 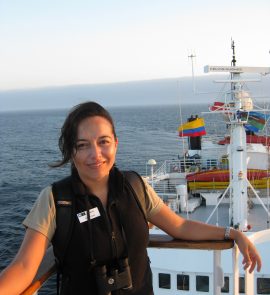 Sandie was born on May 2nd 1975 in Quito, Ecuador.  She attended to the Pontifical Catholic University of Ecuador in Quito, between 1997 and 1999 she developed her thesis on the ecology and conservation of the Galapagos sea lion. Since 1999 she worked as Research Associate in the Charles Darwin Foundation, in charge of marine mammals’ investigations. In these years she actively participated in several emergencies, including: the 2001 Jessica oil spill. In 2003 she won a scholarship from the OAS (Organization of American States) to continue her post degree studies in in the CICIMAR (A Research Center of National Polytechnic Institute of Mexico). Where she graduated with honors, her thesis was on “Temporal and spatial variation of the Galapagos sea lion diet”. In 2006 she returned to the CDF, where she worked until February 2008, during this time she co-directed dissertation Thesis of two local students.

Sandie has led several scientific expeditions in the islands, is in having more than 34 scientific publications, and has been participated in at least 28 national and international events and working closely with the Galapagos National Park advising on issues related to marine mammals and training Naturalist guides. Since 2009 she became a guide to play a more actively role in the conservation of the islands, both with the community and with our visitors, and to be close to one of the most beautiful places on earth.

One of her new challenge for this year, as part of the AGIPA (Association of Interpreters Guides of the Galapagos National Park) directive is to reopen the public library and develop new tools for keep the Naturalist guides up dated.

Sandie married her best friend Xavier, who is also a biologist. This couple lives in Santa Cruz island since 1997. They have two kids: Isabela and Daniel, 13 and 8 years old. 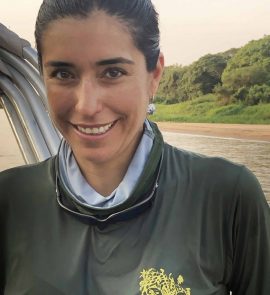 Josy was born in Quito, Ecuador and moved to the Galapagos at the age of 10. To this day, she considers it the best thing that ever happened to her. She attended school in Puerto Ayora on the island of Santa Cruz and studied abroad in the U.S. and Italy. By the time she was 18, she knew she was destined to pursue her dream job as a naturalist guide, and she began guiding in the Galapagos in 2005. She has a bachelor’s degree in tourism administration and hotel management from the University Espíritu Santo in Guayaquil. She also obtained a scholarship to pursue master’s studies in tourism management and planning at the University of Alicante in Spain. As an Expedition Leader, Josy’s desire is to share her passion for the islands with her guests and to impart an appreciation for their natural environment and wild inhabitants. She is very involve with her community in different programs to raise the quality of service given in the tourism industry.
She currently works For Natural Habitat Adventures
All Members